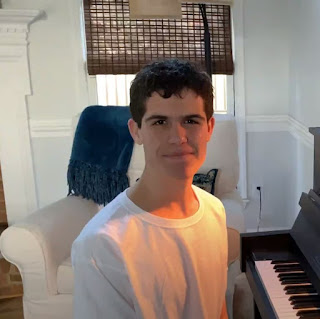 My name is Leo Finelli and I'm a teenager waiting for the day I break free of my chains. I am a licensed Star Wars fan, Scrabble player, and sitcomologist. This is where I express my thoughts.

Just what were they thinking when they made these? For this list I’m looking at colleges that have named their athletic teams shocking or unusual things. The countdown starts now: 12. Xavier Musketeers. Nothing’s wrong with the Musketeers, unless your mascot isn’t even a musketeer. Their mascot is named “The Blue Blob”, and is exactly what it says on the tin. It’s so funny it comes out the other side to genuinely intimidating. 11. Whittier College Poets. Because no one fears poets, except when they look like this nightmare. Seriously, that thing doesn’t even look human. And what might they say at graduation? “Mr. Clark Haile will not be receiving a diploma because he can’t write poems. We here are the Poets, so if you are incapable of writing poetry, you must transfer, Mr. Haile.” If that’s the truth, then close Whittier College. 10. Western Kentucky University Hilltoppers. What is a Hilltopper, anyway? Apparently it’s this thing , which looks like a red Jabba the
Read more

12 Scrabble Words That SHOULD Be Acceptable, But Aren't

A few months ago I did a list of 12 Scrabble Words That Shouldn't Be Acceptable, like "za" and "zzz". Now, I give you 12 words that are not Scrabble-accepted, but should be. 1. Niggardly. Meaning "stingily", this word used to be acceptable, but was banned in 2013. I guess because it sounds too much like a well-known racial slur? It's an innocent word that should be legit, and the letters aren't that hard to get. 2. Kwyjibo. Yes, this Simpsons- coined word, defined as "a fat, dumb, balding North American ape with no chin", should really be acceptable. It could get you a lot of points, and could even evolve new meanings. Kwyjibo could come to mean "a Fox News-watching conservative senior citizen that is almost always in a grouchy mood." 3. Trumpify. Meaning "to preach hate and use other people's fears for your own advantage." I sense many conservatives may have just stopped reading my post. 4. F
Read more