Showing posts from May, 2018
Show all

Poll: You Can Help Me Write My Latest Script!

- May 25, 2018
Yes, you, my readers, are going to help me with an important aspect of my next script! No, not Babes in Toyland, or the one set in northern California. I'm postponing those. We're talking about a story I wrote as a novella before I even wrote a single script. A story I wrote at this time of year in 2014. This is A Place in the Puzzle.  A semi-autobiographical take on R.J. Palacio's bestseller Wonder, this is the story of 10-year-old Ryan Fitch, who is growing up in Louisville in 2003 (at least in the previous version). After being diagnosed with high functioning autism and befriending two supportive young girls his age, Ryan still struggles to make his way through the fifth grade (and the world). Meanwhile, his perseverance and good heart inspire a celebrated rising music star, as well as his older sister, to create artistic wonders. After a heated confrontation with a deceitful adult troublemaker on the night of May 31, the former boaster, though now more worthy tha
1 comment
Read more

10 Things, In No Particular Order, That You Didn't Know About My Scripts 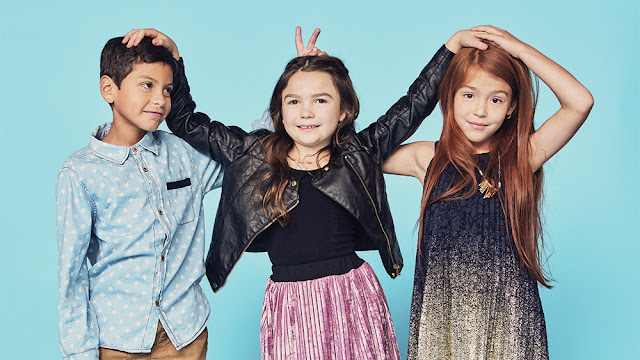 From tragedy to tourney, Seuss to Strongheart, I've created a world of colorful characters in just 1.5 years. I've explored many worlds, from New York to Los Angeles to Cape Cod to San Antonio to the Corporate Sector and everything in between. I've fulfilled my wishes by just writing them, brought a piece of public art to life, and freed an entire galaxy from misogyny. I've even told an entirely fictional story - but all the characters are factual figures! So here are 10 things you did not know about 8 scripts. 1. "The Wish Writer", "Fearless Girl", and "Someone to Bring Me Home", my three shortest scripts, were all written in a single day. "Wish Writer" was whipped up in two hours on December 1, 2016. "Fearless Girl" was written in one afternoon on July 26, 2017. "Someone to Bring Me Home" was finished just a few hours after Macy's released the original commercial, on November 20, 2017. 2. My early ch
Post a Comment
Read more

Some Family Feud Answers That Worked Too Well, Not Well Enough, or Were Just Off the Wall...(Clean Answers Only)

- May 10, 2018
Yet again, I am doing a post on game shows - this time Family Feud, which has been airing since 1976 and I've accounted for some of the most bizarre answers in show history. So let's cut to the chase, here they are (share these with your friends): Name a yellow fruit. "Orange." Name a part of the telephone. "The bottom part." Name something Russia is famous for. "Russians." Name an animal with three letters in its name. "Alligator." In what month of a woman's pregnancy does she begin to look pregnant? "September." Name a type of bear. "Papa." Real or fictional, name a famous Willy. "Willy the Pooh." Name a part of your body that begins with the letter N. "Name." Name something a doctor might pull out of a person during a surgical procedure. "A gerbil." Name a word that rhymes with "dinky". "Dwinky." Fill in the blank: Purple ______. "Nurp
Post a Comment
Read more
More posts